Having a stalker isn’t only an issue for celebrities. For a variety of reasons, everyday individuals are sometimes targeted by stalkers. Ex-lover, road-raged motorist, or even a creepy fan who is not at all secretive about their feelings might be the culprits. Whatsoever the reason, it’s nerve-wracking to be followed.

If so, you surely are not alone; more than 75% of women have reported experiencing being followed and, what’s more, not knowing what to do next. Yikes! If you have any reason to believe that someone is following you, here are some tips to help you remain calm and secure.

How Do You Tell if You’re Being Followed?

Almost everyone is unaware of their surroundings; therefore, it’s surprising how simple it is to follow someone without realizing it.

To know whether or not you’re being followed, you should first pay attention to what’s happening around you. When you’re out and about, keep an eye on the situation and set some boundaries. What’s typical for the environment you’re in?

Instances may be spotted after baselines have been established. What if someone is staring at you for long periods and making a lot of eye contact with you?

Is there an automobile that drives by your home often that you don’t recognize? Are there people who don’t fit in with the regulars at your favorite coffee shop? You should be looking for these irregularities, which might indicate that someone is following you.

What can you do if you are being followed?

When you notice someone might be following you, it is a dreadful and scary sensation; thus, there are certain steps you should take to avoid any potential dangers. If you think you’re being followed, consider these safety tips:

Don’t slam on the accelerator if you spot a prospective stalker in your rearview mirror as a reflexive response if you are driving. Slowing down offers you more time to consider things through.

Robert Siciliano, a personal security specialist, recommends going to a police station or other government building if you fear someone is following your vehicle or on the roadside. Take a moment to glance at a shop display or tie your shoes, all while keeping an eye out for any dangers around you. Take a few moments to collect your thoughts, breathe deeply, and assess the situation.

2.   Try to confirm that you’re being followed

Change lanes on the highway to determine whether the car behind you is merely trying to pass you on the right side. If the driver remains behind you, it’s a strong bet that you’re being followed. Get back into your original lane if the other motorist is still following you.

Whenever you’re on the street, take four right turns at once. After a while, you’ll find yourself back at the point where you started. It’s a good bet you’re being followed if the motorist is still behind you after the fourth bend.

The first thing to do if you suspect that someone is following you is to be attentive. It’s important to be aware of what’s happening around you if you want to keep safe. Remove your headphones if you’re strolling so you can hear strange noises.

A solid rule of thumb is to avoid gazing down at the ground and instead keep your gaze up.

B. W. with Ackerman: “Looking up not only allows one to see what is around them. As a result, a thief following you may not see you as a target since you seem more confident and less terrified.”

4.   Stay in public,well-lit, and bustling areas.

Avoid going someplace where you’ll be left alone with your stalker. If driving, stick to well-lit major routes and avoid back roads and isolated streets.

When on foot, remain in locations where a lot of people. Insular streets and alleys are not the best places since you can be ambushed. You don’t want to leave the area to reach out to your car if someone is following you; the stalker may attack you in the car park or follow you back to the house.

Make sure your phone is always charged and within easy reach in case of an emergency. Call the police if you believe that someone is following you and your safety is jeopardized. You can speak with a security guard inside a shopping center or mall about what you saw.

The fact that two persons take the same wrong route at about the same moment is unusual. Try a little diversion if you suspect someone is following you.

Take a detour from your intended path, then return to it in reverse order. On foot or in the automobile, this works just as well. Suspicion is raised if someone tries to copy your actions. You should go to a public location or the police station if this occurs.

Do not hesitate to call the police if you believe you are in imminent danger. It’s better to be safe than sorry, so you may always call 911 or your local non-emergency police dispatch number.

8.   Let any of your family know where you are at all times.

Apps that utilize GPS to monitor your whereabouts and notify a family member or friend if you don’t show up at a certain time have become commonplace in recent years. You should tell others where you’re going about what to do if you don’t return on time, even if you’re not using an app.

It’s scary to imagine being followed. However, no matter what the circumstance is or what the outcome may be, it is crucial to remain calm. You’ll be able to take the necessary measures to protect yourself if you stay relaxed and composed. 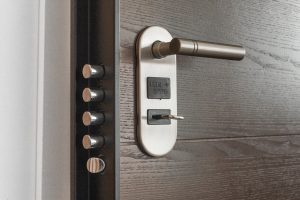 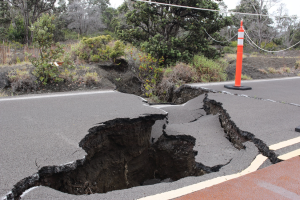 How To Prepare for an Earthquake Disaster in Time? 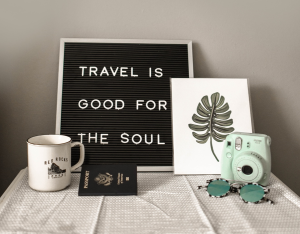 7 Tips For Personal Safety While Travelling!