You have most probably experienced artificial intelligence in some form already especially if you use a smartphone or a service like Netflix.

Your smartphone uses artificial intelligence to comprehend human language and answer questions or act in response to your commands, but the potential of Artificial Intelligence goes above and beyond that.

When Apple introduced AI-powered software called Siri, few people around the world understood its mainstream significance and thus it didn’t gain popularity immediately, also owing to the fact that being AI based, it needed to learn and evolve which required time.

However, since then, not only has Apple significantly improved Siri, consumers around the world have started relying on it for day to day tasks ranging from organizing their daily work routine to setting up an official meeting.

The success of Siri has led other phone and operating system manufacturers such as Google to also come up with such solutions in the form of Google Assistant.

This merger ensures enhanced efficiency in catching trespassers and decreasing the occurrence of false alarms at the same time.

In spite of all these advancements, experts believe that Artificial Intelligence can contribute even more in providing greater security levels and relaxation at home.

A diverse number of data analytics processes come under the term Artificial Intelligence.

A part of Artificial Intelligence is Machine Learning which points to the fact that the system learns from its experiences just like a human brain.

Based on mathematical data provided by historical facts, it can evolve and improve its capabilities and functions over time.

An important point to understand here is that all of this ‘learning’ process does not involve any human input, rather, it is done using deep learning which is a subset of machine learning which creates reasoning from the data by deriving significance, if it is present from the input data.

The Role of Artificial Intelligence in Home Security Systems

Firstly, in video camera systems in which it is integrated. Artificial Intelligence is used in these cameras as a tool for facial recognition.

This helps in establishing whether any movement in the premises is caused by a member of the house or a trespasser.

In this case, the function of facial recognition serves as an example of a very basic type of Machine Learning, in which a collection of photographs are uploaded in the system and the system uses these images to alarm the house owners in case the facial features of a person entering the house does not match the uploaded photographs.

Secondly, Artificial Intelligence is used as a voice assistant in home security systems.

This allows for a system in which the user can send voice commands to the security system as well as inquire about the security status and other details.

Various Artificial Intelligence techniques are used to produce the required skills in the voice assistant to make it user-friendly and to make sure that the communication between the device and the user is seamless.

Ways in which Artificial Intelligence can be Utilized in Future

Artificial Intelligence has the potential of creating a home that can be legitimately called a smart home which cannot only memorize the habits, choices and ways of the people living within the house but also automatically modifies the settings of the different systems it controls according to the distinct needs and requirements of the occupants.

Since an increasing number of home automation devices are merged with home security systems, a real smart home can be created with the help of Artificial Intelligence in which the system independently performs without the user’s involvement.

This greatly helps in lessening the overall stress levels of a house owner and thus, increases comfort when the person is at home or away.

If we compare this to a conventional home security system, there is a big gap between the two as this still relies on human involvement.

As it is designed on a pre-determined set of scenarios and rules, not only is its effectiveness lessened over time, since threats are increasing or evolving, it can also be hacked.

Furthermore, there have been instances where a friendly person who is no threat to the system is mistakenly categorized as hostile and therefore a false alarm was raised.

However, AI would recognize any friendly person and avoid this inconvenience.

This will be done by gathering and analyzing all data from such instances to predict false alarms which can potentially save time and resources which will be used to deal with such situations.

Another very important instance where AI-based systems can be of tremendous assistance is the prevention of kidnapping.

Intrusion systems with pre-installed cameras can help protect children against an approaching kidnapper by sounding an alarm if an unknown person is in dangerously close proximity with the child.

It will also send the image and video simultaneously to the relevant law enforcement authorities or monitoring centers to help with recovery in case of a kidnapping.

Due to the above mentioned points, it is important to invest resources in the development of new and improved security systems that can help improve our quality of life and protect our belongings and loved ones from harm.

Just like new viruses keep developing in the digital and organic world, threats of other kinds emerge and evolve over time and it’s our job to keep up with the changing trends. 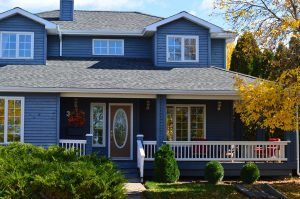 Why Home Security System is Inevitable in 2023? 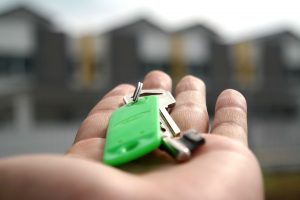 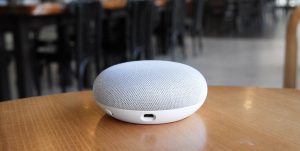