When Apple launched FaceID last year, it made things pretty clear that they’ll be moving forward to make facial recognition technology to be their principal method of unlocking iPhones and that fingerprint authentication would no longer be relevant.

Similar moves have been made by other manufacturers as well such as Qualcomm and Samsung.

The benefits of using your own face for your identification are certainly undeniable.

It is fast, secure and convenient. You just have to put your own face in front of the camera of your smartphone and it will unlock.

With Apple’s iPhones, you are not really required to press any buttons either and your face is detected automatically soon as you get into the frame of your selfie camera.

You do not have to remember any passwords anymore either and it is definitely a lot simpler than having to use your thumb for fingerprint recognition.

Despite being so convenient, however, one of the major disadvantages of facial recognition is that users may still risk their privacy and security by opting to use it for authentication.

Most of the times, it’s a trade0ff of security and convenience and the facial recognition technology also follows that rule.

Even though newer generations are getting securer than the precedents, there are privacy and security implications that you should be aware of well before deciding to trust this method with your most sensitive information unless you know how accurate is it and what kind of security you can expect.

Yes, facial recognition can be the way to move forward, but there are certain possible disadvantages of despite the increasing applications of face recognition technology.

Let’s have a look at a few of them.

We all know that passwords are the secrets and, unless you are extremely careless, nobody leaves them in the open for others to steal them and misuse.

However, you can’t say that in terms of facial recognition as your face is your password and it is always there to be seen by just about everyone.

As a matter of fact, you use it for authentication and identification when you are with your family, friends, and the coworkers.

As far as real-life applications of face recognition technology are concerned, it works very fine because it is combined with different other factors as well including verification of knowledge and voice. And, only the con artists who do it professionally can make others believe they are somebody else.

When it comes to our digital world of today, however, things become different.

If you go into the history of facial recognition, it appeared back in 2009 and then quickly proved unreliable.

There were many instances where hackers circumvented the face locks using the account holder’s printed pictures, etc.

When the technology matured, however, it incorporated techniques like ‘liveness’ checks for avoiding such issues but people still managed to bypass such security measures easily.

As far as the latest versions of the facial recognition technology are concerned, they rely on 3D depth maps for registering and verifying one’s physical features to give them the security they need.

Despite the fact that this new technique is way harder to bully and needs hackers to actually come up with the physical representation of account holder to get access, it may still not be something impossible and we may be able to see such instances in near future too.

What if some criminals have held you captive and they intend to get access to your sensitive information and accounts by forcing you to bypass the facial recognition check.

If there were a passphrase, you might be forced into spelling it out for them.

In case of fingerprint locks, you might have been forced into pressing against the sensors with your fingers. However, when it comes to face recognition, all they have to do is to hold your smartphone right in front of you and that’s it.

Even though the FaceID from Apple relies on different machine learning algorithms for analyzing your expressions and determining if it’s a legitimate unlock attempt or not, even this may fail when you are not conscious or awake.

Still, Apple recognizes the fact that these facial locks may be bypassed even when the user doesn’t intend to do so.

So, it makes sure the data is not siphoned from a FaceID-unlocked smartphone unless the PIN code is provided by the user.

The privacy issues tend to be among the most debated topics about facial recognition authentication.

There are some pertinent questions to be answered like where your facial data is stored, who else may have access to it, and what else it might be used for?

It is often advised that you have answers to these questions before moving further with the facial recognition technology for authentication.

Honestly, it is quite likely for avid internet users to have their face already on the profiles they have on different social media.

Besides, anybody with a high-resolution smartphone may also capture your picture while staying at a safe distance.

The latest 3D maps that are stored by FaceID might prove to be beneficial for cybercriminals and government agencies, however, and they may want to gain access to it somehow.

Another major privacy concern that comes with FaceID is that it’s ‘Always On’.

It is activated automatically as soon as it detects your face without any need of pressing a button or performing a gesture.

What that means is it is watching you constantly through the selfie camera. So, the question is whether FaceID stores your live data or not and if it does then where that data goes.

If it is storing your face recognition data in some cloud server, it may be accessible to third parties with or without your consent.

Fortunate for iPhone users, however, everything is stored on Secure Enclave on the device which is an encrypted component and has already been tested against a government-level intrusion. Besides, it’s used only for authentication as well and your data doesn’t go anywhere else.

As of now, the facial recognition technology is being propagated as the next-gen technology for authentication. However, it may have other tempting uses as well, particularly as competition between the tech giants moves forward.

As they’re becoming omnipresent no matter where you go, tech giants like Amazon, Google and Apple would like to have some reliable options for your identification and giving you access to targeted information as needed.

To sum it all up, if you are just too concerned about your privacy and security,  as most of us are or you are somebody of interest, like an investigative journalist or an activist maybe then you should better stick to the old school methods.

However, if it is the other way around, it is safe to use facial recognition technology as it may not pose any major threats to your privacy.

We still need to wait and find out if things remain the same as we move forward with this cutting edge technology or more serious repercussions pop up to change the current scenario. 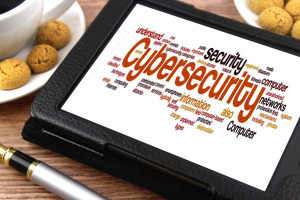 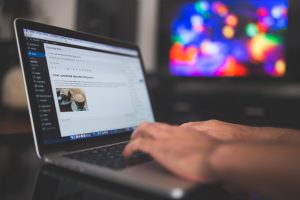 15 Reasons to Cover Your Laptop Camera Right Away! 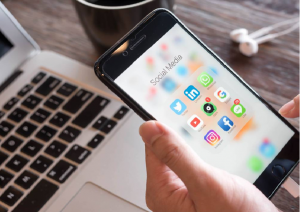 15 Precautions to Protect Yourself from Identity Theft