Crime rate today is higher than ever before and most of us are dependent on security companies for protection against security concerns such as fires, floods and burglaries, not just at home but also at our workplaces.

However, the question is, what happens if the security is breached in spite of hiring a security company? Is it possible to sue the company?

Suing a home security company in case of a robbery can arise when a homeowner feels that the security company has failed to fulfill its obligations in protecting their property and/or family and that this failure led to the robbery.

A homeowner may consider taking legal action against the security company if they believe that the company was negligent in providing adequate security or in responding to an alarm, and that this negligence resulted in damages to the homeowner such as monetary losses, emotional distress, or physical injury.

Following is an extract from the judgement:

“Somewhat ironically, given the fact that the phrase “not a sausage” is originally derived from the Cockney rhyming slang “sausages and mash” meaning “cash”, they got away with not a sausage from the butchery but a great deal of cash.”

Security companies are paid for their monitoring services and their response against emergency situations to safeguard you from criminals, so what rights do you have when they fail to deliver?

Discuss the terms of the contract between the homeowner and the home security company, and whether the company has fulfilled its contractual obligations.

When a homeowner hires a security company, they enter into a contract with the company. This contract outlines the terms of the agreement, such as the type of security services provided, the cost of the services, and the responsibilities of both parties. To sue a home security company, it is important to review the terms of the contract to determine whether the company has fulfilled its contractual obligations.

In order to sue for breach of contract, the homeowner must show that the security company failed to fulfill its obligations under the contract, and that this failure caused damages to the homeowner.

Outline the elements of negligence that must be proven in order to sue a home security company, such as a failure to provide adequate security or a failure to respond promptly to an alarm.

Negligence is a legal concept that applies when a person or company has a duty to take reasonable care to prevent harm, and fails to do so, causing injury or damage to another person. To prove negligence in a lawsuit against a home security company, the homeowner must demonstrate the following elements:

It’s important to note that in order to prove negligence, the homeowner must show that the security company’s failure to fulfill its duty of care was the cause of the homeowner’s damages and not just a contributing factor.

An example of a High Court Case

One evening, by breaking into a butchery through the roof, robbers prompted a security alarm.

They got away with a hefty amount of money by cutting open two lockers with the help of angle grinders.

It was reported by the officer assigned to the crime scene that following “a hurried inspection of 2 ½ minutes”, that “as far as he could see” everything was alright.

He also mentioned that he had slipped a note under the door of the butchery informing about the incident as well as the fact that there was no damage done and everything was in order.

Apparently, the issue was the fact that the break in through the roof was not viewable from the street and the security company did not have access to enter the butchery as they failed to get in touch with the manager who was the first key holder due to his cell phone being out of battery.

Moreover, the security company did not even attempt to get in touch with the business owner who was the second key holder.

They gave the reason that the business owner had previously told them rather bluntly to only contact him in emergency situations.

However, the business owner refused to give any such instruction and hence, the Court approved this as evidence.

The robbers were not held accountable for their actions and the security company was sued for damages by the butchery.

Factors to Consider in the Exemption Clause

According to the Court, there was negligence by the security company in terms of the contract.

Moreover, it tried to evade legal charges by depending on two exemption clauses.

The first clause absolved any charges if the client is unable to provide proof of negligence or failure of performing duties.

In contrast, the second exemption clause was very generic and evaded liability by exempting the security company “from any liability whatsoever for any loss howsoever occasioned”.

A Piece of Advice for Security Companies

Being in the service industry, it is absolutely imperative to avoid negative publicity. Moreover, in case of a service failure, the legal consequences can be irreversible.

Hence, as the first step, review your client contract with the help of your lawyer and specifically make sure that there is one precise exemption clause that can be enforced.

Also be aware that vague and generic disclaimers can be difficult to enforce in the Court, especially when it comes to the Consumer Protection Act or CPA or while considering “good faith” and “public policy”.

The Consumer Protection Act demands reasonable, just and fair terms and conditions. Moreover, the client should clearly be made aware of any disclaimers and exemptions using simple language.

As a second step, in order to avoid consequences, follow your contract. If it states something specific, such as contacting the second key holder in case you were unable to contact the first, ensure to follow such instructions.

If the client has given any instructions that contradict the contract, then ensure that you have proof of it.

This might have to be included in the contract itself with the help of your lawyer.

As the third step, ensure your emergency response does not come under any kind of negligence.

In the robbery case illustrated above, the Court was unsympathetic to the “hurried inspection” by the assigned officer.

Moreover, at the time of the trial, there was a long dispute regarding the officer’s response and whether he should have tried to inspect the premises more diligently and perhaps from an alternate route.

A Piece of Advice for Clients

As the case demonstrated above proves that there is always room to dispute exemption clauses, counting solely on this and assuming to go through it smoothly is not a wise assumption.

The security providers’ right to safeguard themselves from liability is acknowledged by the law as long as it is legally acceptable.

However, if you are a victim of a robbery or a security breach and your security company has failed to fulfill its commitment then be sure to contact your lawyer urgently and you might just be able to get help legally and get your damages covered.

Suing a home security company in case of a robbery can arise when a homeowner feels that the security company has failed to fulfill its obligations in protecting their property and/or family and that this failure led to the robbery.

To sue a home security company, it is important to review the terms of the contract to determine whether the company has fulfilled its contractual obligations. Additionally, the homeowner must prove that the security company was negligent in providing adequate security or in responding to an alarm and that this negligence resulted in damages to the homeowner such as monetary losses, emotional distress, or physical injury. It’s important to note that every jurisdiction has different laws and the outcome of a lawsuit will depend on the specific facts and circumstances of the case. It’s recommended to seek legal advice before taking any legal action. 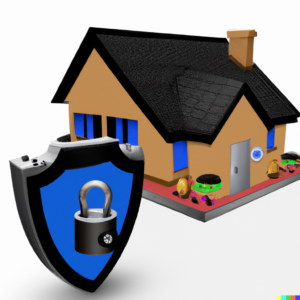 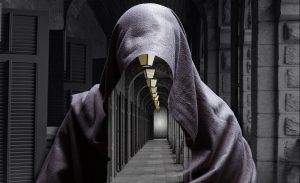 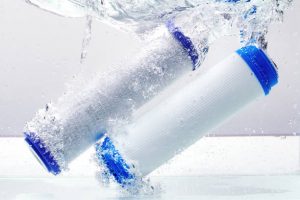